As far back as I can remember, wargaming has been a part of my life.  Vague and foggy memories of my dad and his friends, excitedly cheering and lamenting the performance of little armies of men.   Plastic tanks, sailing ships, knights, spears, and immense lines of  what I would later learn are (but still cannot identify) Napoleonics, waged war over hills, roads, forests and oceans.  A magnet for a child's uninhibited imagination.

I never understood what was going on when I was "playing" back then. Far too young to understand the rules being played.  I also didn't have any interest to understand them.  I just wanted to roll dice and shoot/stab the other guy.  Later on, basic rules were bolted on to the "playing" that I was doing, and a wargamer was born.

My upbringing was with historical and some classical fantasy elements.  But in the mid 90s, while attending a wargame convention, I turned heretic and fell in love with the glitz and glamor of 2nd Edition Warhammer 40k.  Again, a game that was still beyond my abilities at the time, but it looked so damn cool.   My dad bought me a squad of Space Marines and despite terrible glue jobs, and equally lacking paintjobs, I was all in.

For the next decade and a half, I sunk my (and a lot of my dads) money into 40k and it's offspring: Space Hulk, Gorkamorka, Battlefleet Gothic, ect.  I still played every permeation of historical wargame that was held on Saturday nights,  (although, not so much with the Napoleonics), but I was at foremost a "sci fi" gamer.  I was fixated on fleshing out all my accumulated 40k armies.  I bought up Space Marines, Orks, Imperial Guard, Dark Eldar, Chaos, Necrons, Sisters of Battle, Tau, Grey Knights.  Vast armies that were beyond anything one person would ever need. (until Apocalypse came out)

Then in late December 2011, we were all gathered around the wargame table and the subject of a little rule set my dad had purchased a while before, AK47 Republic came up.  I borrowed the rules and read them.   I was never more excited to read a set of rules, much less find out that there was an updated edition and lines of figures to represent them.  The rules were very tongue-in-cheek, but looked like fun.  Admittedly, to me, the conflicts in Africa always were nothing more than a blur of constant warfare derived from CNN clips.  My only previous experience with the Cold War was the funny looking hordes of long-barreled Soviet tanks rushing en-mass (read: "hub to hub") across a table.   Prior to further research in these "hot" Cold War actions, I was thoroughly disinterested in the period.  But now, that became my new focus.  A couple army lists in the back of the AK47 Republic rules for Arab/Israeli conflicts dragged me down yet another hole.  I expected to buy some figures to do the 6 Day War, but also became distracted into the 1982 Lebanese Civil War/Israeli invasion.  This led me to go back and look for more realistic and historical representations of various African conflicts.  With more research and fascination leading me to acquiring toeholds in modern French and modern-ultra modern India/Pakistan micro armor.

In the end, I have come back to my historical roots and become heavily invested in 15mm "hot" Cold War, (still no interest in European theater), 1/300 jet combat and 1/300 moderns.  Recent interest has even brought me full circle to buying 1/1200 Age of Sail ships, which is a period I would never have dreamt I would be interested in.


***It should be further noted that since this was written and left in draft for the better part of a year (I know, I know! I knock bloggers inactivity and then immediately fail myself), I have gotten back into Warhammer 40k.***


After a quick search through my own list of followed wargame blogs, I would guess: not so much.  It appears many people don't have the time, or interest in doing things like this anymore.  They've become something akin to relics, oddities, or dinosaurs, if you will.

That being said, there are still some that continue to plug along, as well as others that have had inspiring resurgences.  (which we'll get to in a later post)

If nothing else, it can serve a repository for pictures of recent wargames, projects and pop culture musings.

But without further delay, 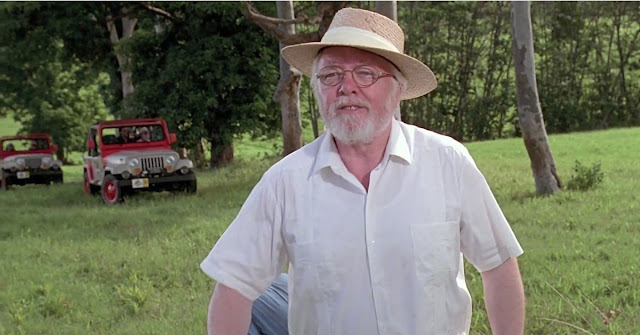